With a power output of a staggering 4350 watts and a battery with a capacity of 6.9 kilowatt-hours, the Mango Power Union lets you efficiently run your house and all your major appliances right through a power outage. Its sleek matte-metallic design allows it to blend right into your home’s decor, and the power station even sports a detachable 2.3kWh module that you can easily pop off and carry to any other part of your house or even outdoors for true portable power!

Your own power grid. The Mango Power has a 6.9-69kWh capacity.

The Mango Power Union comes at the heels of the 1st anniversary of one of America’s most recent devastating power outages. In February 2021, the state of Texas suffered a serious power crisis, which occurred as a result of three severe winter storms sweeping across the United States, crippling the power grid in a way that left major parts state without any electricity for weeks. The Mango Power Union is a device that helps prevent such an eventuality. Designed to provide off-grid power with 95% efficiency, the Mango Power Union is an incredibly capable and versatile device that does everything from letting you charge your phone to your electric car. It comes with an overall of 19 output ports, covering a wide variety of use-cases and devices so that you can comfortably survive and thrive even in a power outage.

While its functionality is undoubtedly its biggest advantage, the Mango Power Union’s design is something my eyes instantly get drawn towards. The power station sports an aesthetic that’s more tech-forward than most power generators you’ll ever see on the market. In a world cluttered with horrible mobile phones in the late 2000s, the Mango Power Union has the visual appeal of an iPhone, with sleek surfaces, tight curves, and a design that you’d boldly show off in your house instead of hiding in your garage.

Underneath its futuristic exterior is a pretty capable interior too, with a dual built-in inverter system and industry-leading GaN/SiC 3rd generation semiconductor giving the power station 95% power efficiency. 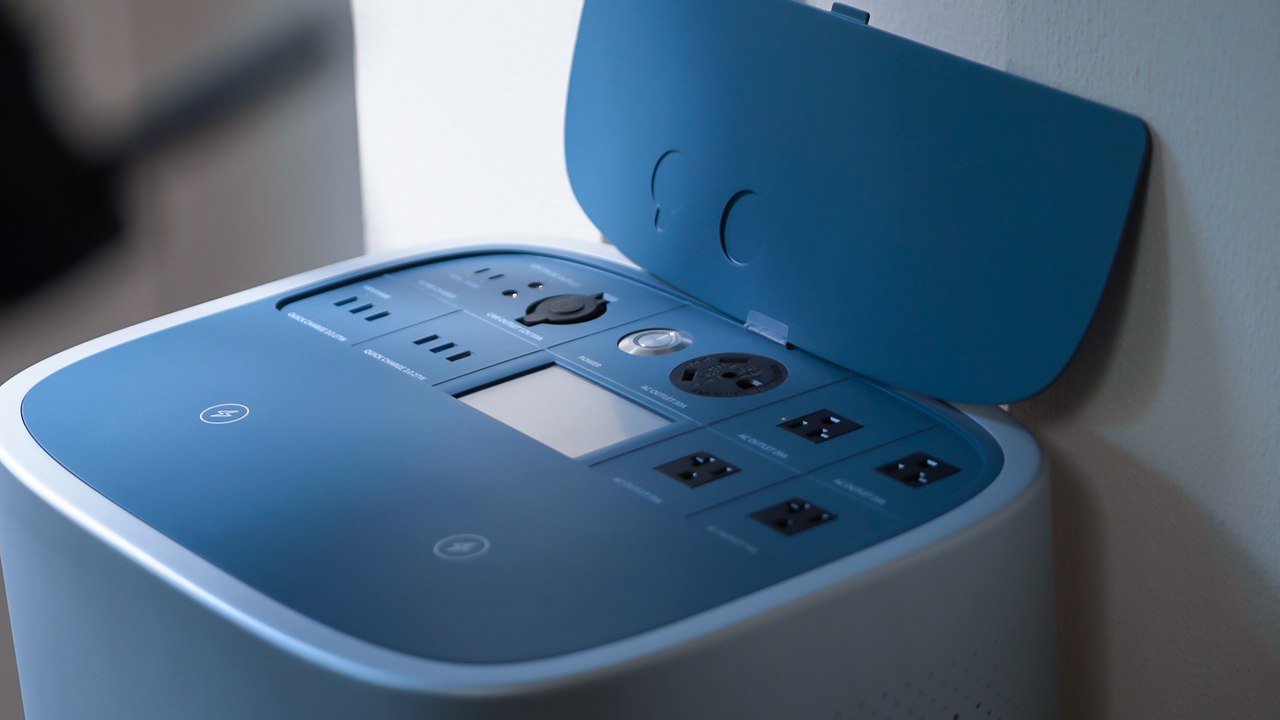 On the functionality front, the Mango Power Union literally has an outlet for everything. 6 AC power sockets let you connect any and every home appliance to the power station, while 6 additional USB-A ports let you hook all your small smart devices to the Power Union, from your phones to smart speakers. The Mango Power Union also sports 2 USB-C ports for tablets, laptops, and even external displays, and two DC outputs for good measure.

The upper surface of the appliance even comes equipped with 2 wireless charging pads that let you keep devices like your smartphone and TWS earphones juiced.

A 12V/10A car output lets you connect heavy-duty appliances like vehicle air pumps and vehicle vacuum cleaners to the Power Union, and if you want to charge your EV, you can use one of the AC sockets to juice your car, with the Mango Power Union’s massive battery capable of giving your Tesla an extra 50 kilometers on a full charge. 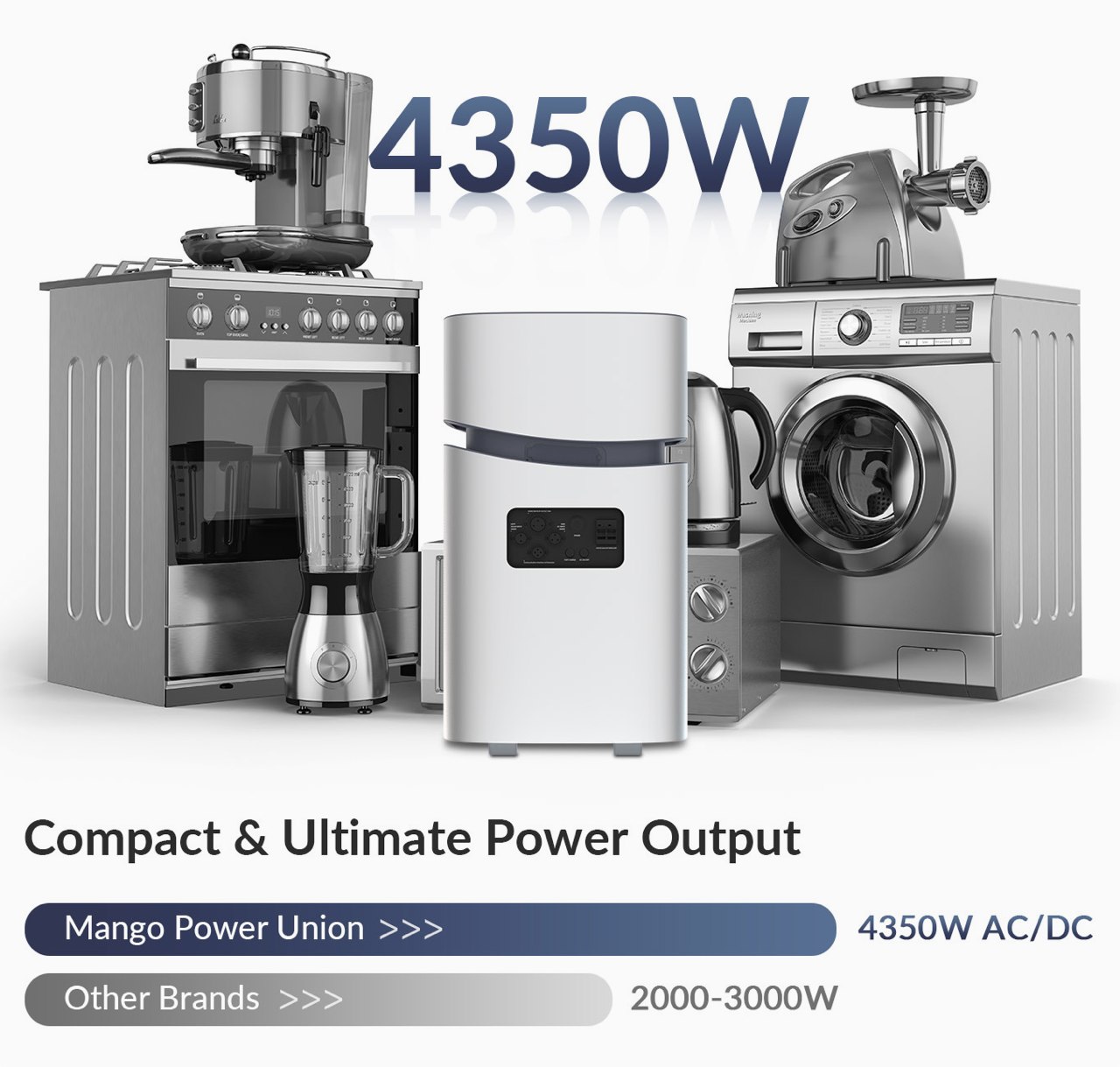 To put things in perspective, the 6.9kWh battery lets you charge your phone over 460 times (at 15W), your laptop 90 times (at 76W), or run your refrigerator for nearly 7 hours (at 1000W). A single Mango Power Union device can easily weather a storm by helping you comfortably get through power outages with hours or even days’ worth of power with measured use. 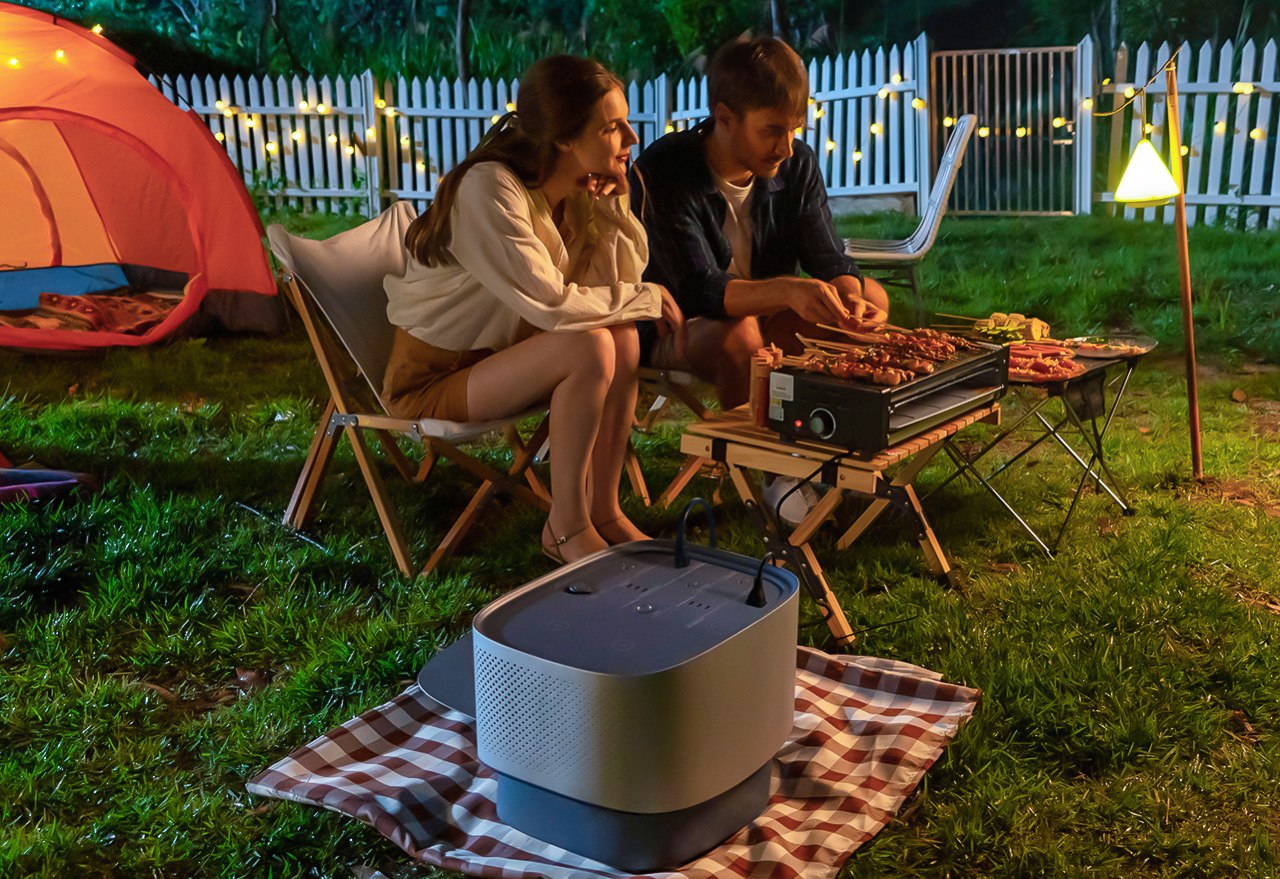 Perhaps one of the most interesting parts of the Mango Power Union is its detachable design. A split line running along the body of the power station helps highlight the appliance’s modular design – which features a detachable upper half that lets you carry a miniature version of the power station wherever you go. This upper half houses a 2.3kWh battery and is perfectly sized to carry out to your yard for an impromptu barbecue session with your electric grill, to a campsite for supplemental power, or even in your EV if you want an extra battery for a higher range. It’s a clever little feature that gives you power in a portable form too, so you don’t need to own a separate smaller generator for carrying around. Talk about two birds with one stone! 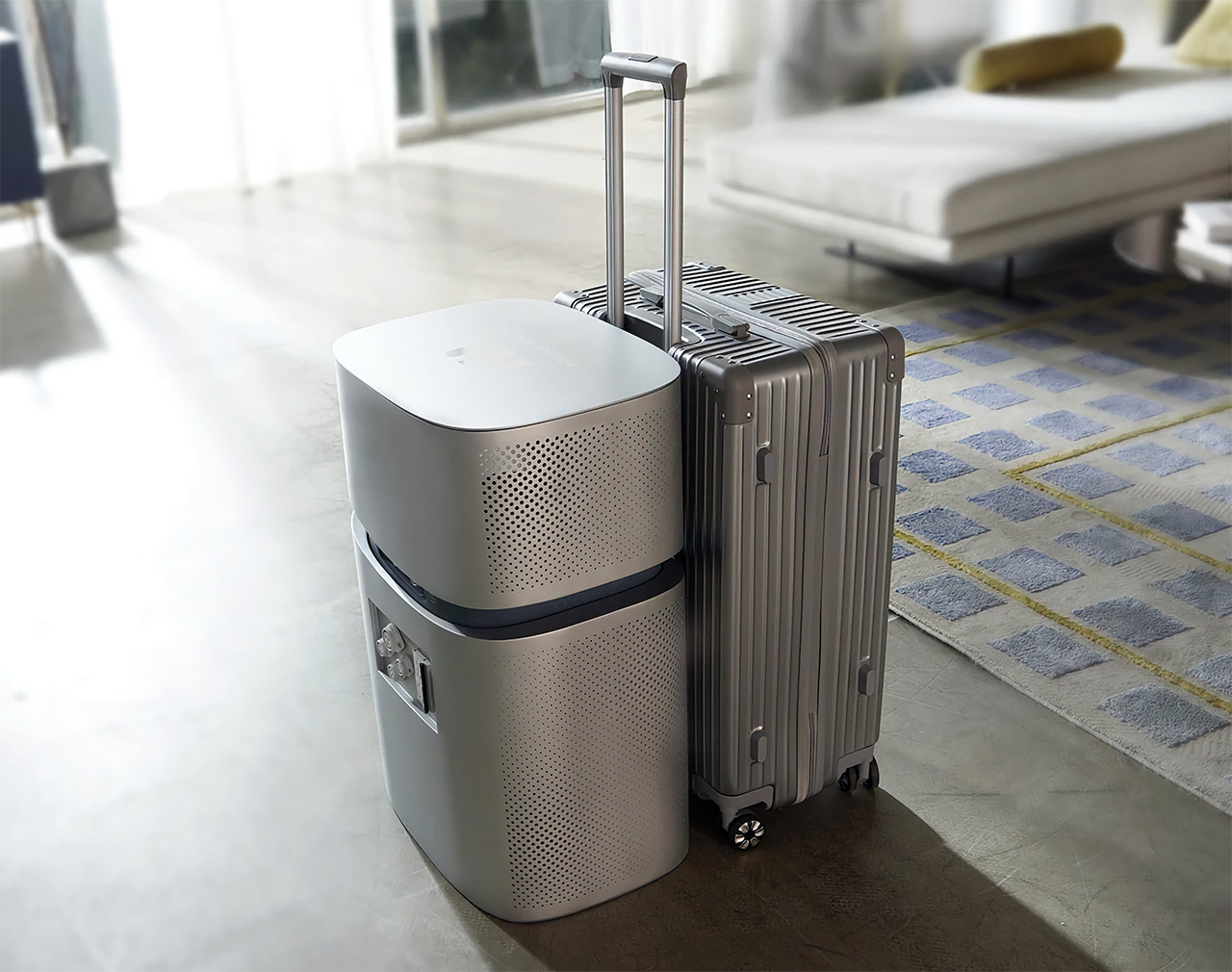 The Mango Power Union is built like a tank, with EV class LFP batteries that can survive 7000 charging cycles, giving you an entire decade’s worth of use with peak performance, with a 4-year carefree warranty to seal the deal. An internal battery management system (BMS) also ensures that your power station works flawlessly, protecting you against surges, short circuits, and temperature fluctuations. Four sets of fans inside the appliance keep it cool and breezy during use to prevent overheating, and the BMS even has a failsafe for low temperatures, so a snowstorm doesn’t ever leave you scrambling for energy!