The wallpaper-based themes that Android 12 introduces are undoubtedly one of the most notable features, especially for people who love personalization. Although a set of colors that floods your phone based on your wallpaper won’t change how it works, it adds a personal touch to your phone and makes it yours, not something Google or Samsung engineers decided.

Google has introduced four new styles to Android 13’s system. According to Android Police, the new styles will be called TONAL_SPOT (VIBRANT), EXPRESSIVE and SPRITZ and offer very different vibes.

They are described as themes similar to Android 12’s wallpaper theme. One with different accents, one with more colors, and one with less color. As the current Android12 setup has only subtle and all-very-vibrant options, I am all for them having greater differences.

This image is taken from a Pixel 6 Pro running Android 12. It is only one example of our current wallpaper-based theming. We don’t know whether Google will change the settings page where you choose a theme for Android 13. However, it should look very similar.

Android 13’s first developer preview may be available within the next month if you believe that. 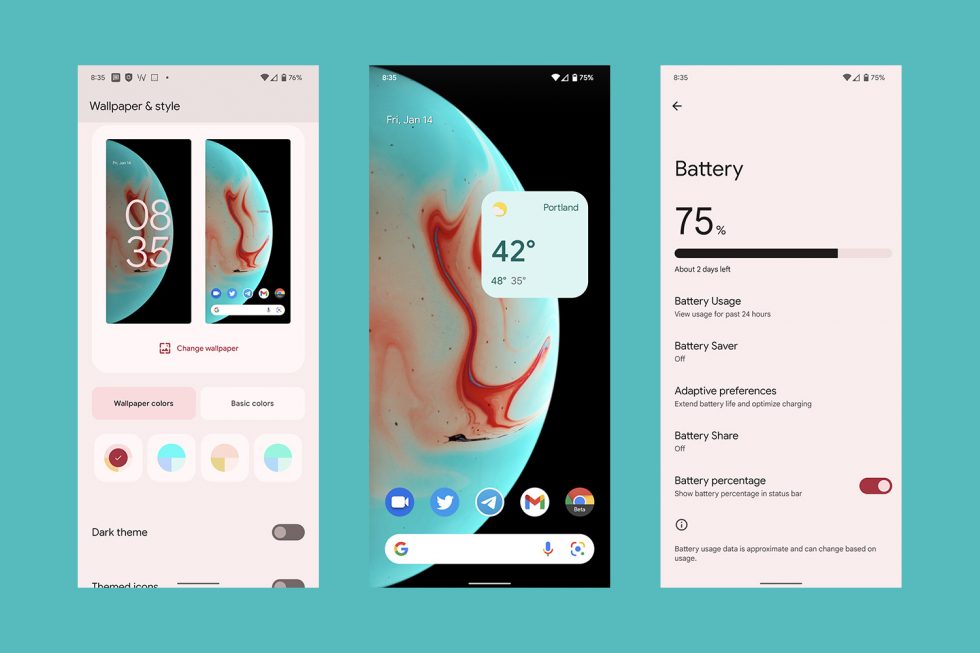