The Motorola Frontier 22 smartphone’s specifications are now available online. They reveal what the new flagship phone will look like. According to rumors, Motorola is working on a flagship smartphone with the codename Frontier 22. The Lenovo-owned company has not confirmed or denied the rumors. Although there has been no official confirmation, some Motorola Frontier 22 renderings and specifications have appeared on the internet.

Leaked Motorola Frontier 22 renderings show a hole-punch display. It also shows a triple-rear camera setup. According to reports, the display will have a refresh rate of 144Hz. The phone will be equipped with a fingerprint scanner, which allows for authentication. The handset will also be equipped with a fingerprint scanner that enables authentication. It can charge at 50W wireless and 125W wired. WinFuture.de first spotted the leaked renders and the specifications of the purported handset. 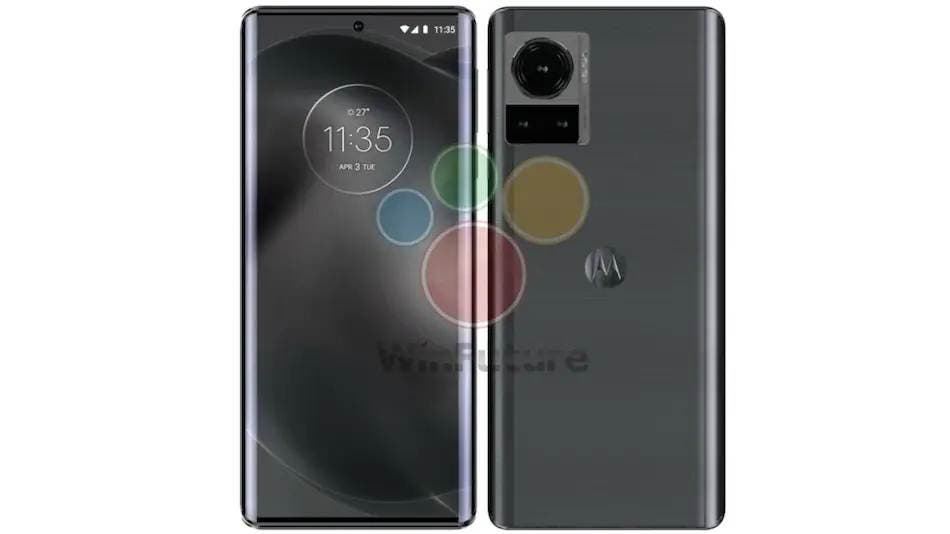 Roland Quandt, a WinFuture leaker, has revealed the specifications of the Motorola Frontier 22 smartphone. The Motorola Frontier 22 smartphone will feature a 6.67 inch curved AMOLED display, with FHD+ resolution, HDR10+ support and a refresh rate of 144Hz. The leak also suggests that the phone will be equipped with the Qualcomm Snapdragon SM8475 processing unit. According to German publications, this processor could be an overclocked Snapdragon 8 Gen 1 SoC.

The smartphone can be shipped with up to 12GB RAM and 256GB UFS3.1 storage. The software section of the phone will run Android 12 OS, with MyUX custom skin. The Frontier 22 will have three rear-mounted cameras for photography. The Frontier 22 will include a 200MP main camera, 50MP ultrawide lens and a 12MP macro sensor. The phone boasts a 60MP camera that can capture flawless selfies and video calls. The leak also suggests that the phone will have a 4,500mAh battery, which supports wireless charging at 50W and wired charging at 125W.

The display will also include a fingerprint scanner, and the phone will have stereo speakers. It will also offer dual SIM support, USB Type C port with DisplayPort1.4 support, GPS and Bluetooth 5.2. According to some reports, the smartphone could be launched in July 2022. Details about the price and availability of the smartphone are still unknown.